What are the job opportunities in the USA for foreigners? 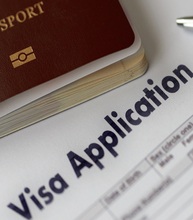 Did you already ask yourself: why me and not an American Citizen? Here I will show you all the job opportunities you can get in the USA as a foreigner or an international student.

Given our experience, I know the way you are thinking about how hard it is to find a job as a foreigner or international student in the USA when a company can easily hire an American for the free spot, indeed.

You’re right. It’s actually the case for 90% of the job market. Companies are quite satisfied with local hiring, and they don’t need more. And you know what? Let them be in peace.

But what is happening with the 10% left? Do you really think that it is easy for them to hire someone?

Even if the American politics is not at the advantage of immigrants and foreigners today; as it is harder and harder to get a visa in the USA, you still have your chances! Let me explain:

My language, my culture, my citizenship

The first point concerns your language and/or culture. We need you to represent your culture or language in a few kinds of jobs!

In this era of globalization, many companies think that an international staff can be a keystone on a company’s ability to succeed in the global market that never stops. Let’s see all job opportunities in this field you can get:

It was the case for us, Max and I. As my company has its French quarter in Paris, they were looking for someone who was able to communicate both well, in English and French.

If the company has a subsidiary or an office in your home country, much different from the culture of the United States, the company needs someone who can manage with people in your culture, and they need you. They cannot go further without someone like you.

It’s quite possible; the policy of the company is to have a percentage of people in your nationality to not forget the source of the company and work in harmony with different mixte points of view.

Because clients with your citizenship/culture/language are here! They need assistance in their language or services. It can be schools, teachers (parents want their children to conserve the language), accountants for foreign entrepreneurs (with double skills accounting in your country, and in the US), lawyers (with double bar to deal with investors/international entrepreneurs), real estates (double languages, double skills) for people who arrive and have no idea how to deal to find a house, church (different religion and culture), even public services (you will find public services like DMV which offer services in Spanish), etc.

For example, French people in the USA are famous for luxury, fashion, food, and wine. So it’s not unusual that international brands like LVMH or L’Oréal always look for hiring French people in the United States of America at every stage, every position. The same thing for French restaurants: to diffuse the authenticity to the clients, they always look to hire a French cook, French waiter, etc.

How is your culture famous in the US?

In that case, it’s the government or private companies of your country that sends you to the USA to report and/or deal with American representatives in private or public. It concerns journalism, military, government diplomacy, research laboratories, universities, international organizations, etc.

The difficulty of the company to hire in local

Trust me or not, it happens A LOT depending on the sector you work. In July 2018 in the USA, the unemployment rate edged down to 3.9 percent. Whatever you think, today is not the worst time to get a job in the USA at all!

Companies can have a hard time to hire locally because of several effects:

It happens a lot in the science sector which clearly represents a lack of skilled people in the US market: IT, biological, mathematics, research, medicine.

It concerns companies that suddenly need hundreds of employees to strengthen labor. It often happens for seasonal peaks of sales or seasonal works, like winter or summer activities, or during special events. Or it can also be in the case the company won a big contract and sold thousands of products. In that case, you don’t need to be skilled at all, you will be trained by the company.

Yes, it can also be the case. It concerns agriculture and farming. America needs the workforce to feed their folk, and there is a lack of labor right know for that!

And foreigners will be more flexible on this point. It often happens for small companies or companies that have just started. And in some cases, it’s hard for them to hire someone offshore. They need someone on site! So it’s your chance! Because it won’t be like this indefinitely… Once the company will be able to pay well to their employees, they won’t need new foreigners anymore. But you will be on site already, and they will do absolutely everything to keep you in position (if you do a great job of course).

It means that the employee can quit the company when he wants, and it can be hard for the company to hire someone else quickly, and keep paying costs for each hiring! The median tenure for workers age 25 to 34 is 3.2 years; for employees, age 65 and over is 10.3 years. They know that it’s much harder for a foreigner to quit his job and go work for another company, because of the visa.

You won’t be flexible as you could be as an American or a Green Card holder. Because you will need to find another company who wants to sponsor your visa, alert your organism or the USCIS that you want to change employment/employer. You are not on your own, and the administrative stuff is challenging and painful each time you want to change your employer. Trust me, you don’t want to experiment that a lot, and you don’t want to show your company you have the intention to do that (because it’s an advantage for the employer to hire you). On the other hand, the company can fire you at any time. So it’s a significant benefit for them! It often attracts small companies with not a high budget.

If I have a recognized talent, I’m more than welcome in the US!

So this case is a bit different because actually, the visa is on you and your talent only. You will be able to start the visa application without any sponsoring company. You will need one, but in the end, and to prove that you are going to use your talent in the USA, the company won’t need to do something in particular. The approach with the company will be completely different, as it is actually for all kinds of visa.

Job opportunities in my current company

It’s not really because you have exceptional skills that nobody has in the US, or because you are from a particular country. It’s because of your company for who you are currently working on needs you in the USA for some reasons!

It often happens when a company in your home country wants to expand their product and services into the USA.

It worked for both of us because we combined 3 of those points above: our companies were small companies, managed by French people, and we work in IT which is highly demanded in the US.

We didn’t have all of that either. We were in Europe at that time, and we did it anyway. But we found a way to accomplish the long quest of getting a job in the USA. So why not you?

Expat in the USA, CEO & co-founder of USponsor Me. My goal is to help you achieving your American Dream: living and working in the USA. :)